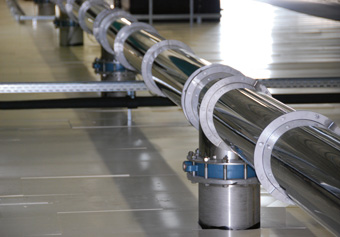 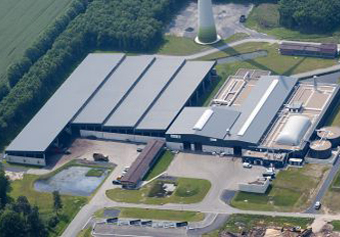 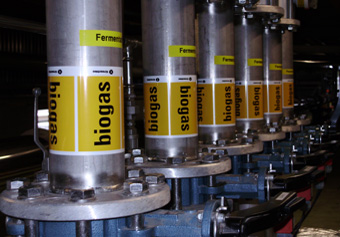 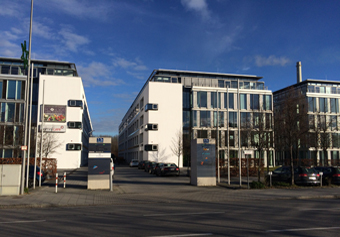 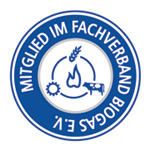 Today it is more important than ever that resources are used as sustainably as possible. From an economic and ecological point of view, the value of organic waste as a raw material is frequently underestimated. Once this waste material is successfully subjected to efficient and professional processing, it can be turned into high-quality compost, allowing simultaneous generation of gas, electricity and heat. Waste treatment centres then become profitable investments for waste management companies and municipalities.

We are exhibiting – Ecomondo 2019 in Rimini

Production of biogas by dry fermentation

The superiority of BEKON technology is already apparent from the wide diversity of suitable substrates. Bulk materials with a high dry-substance content can be digested without need for any complex pre-treatment of the fermentation material. The principle is quite simple: in the absence of air and following inoculation by previously fermented material, the biological waste begins to digest, immediately resulting in the production of biogas.
The BEKON process is a single-step fermentation process that employs batch operation. ’Single step‘, in this sense means that the various degradation reactions (hydrolysis, acidification and methanisation) constitute one process step.

The organic waste is collected in a tipping building and taken to the garage-shaped fermenter by wheel loader. Inoculation takes place by mixing the fresh material with material that already has been in a fermenter. Once it has been filled, the fermenter is closed off by a hydraulic hatch and the process of organic waste fermentation initiated. Excess cell fluid (percolation liquid) discharged during the fermentation process is collected by a drainage system and returned to the fermenting material in a cycle to keep it moist. Wall and floor heating is used to keep the temperature of the microorganisms constant. In this way, the conditions in the fermenter are maintained at an optimum level for the bacteria used in biogas production. This requires neither further mixing of the materials nor the addition of further material.

Continuous generation of electricity and heat

The biogas thus produced is generally utilised in combined heat and power (CHP) units for generating electricity and heat. Continuous operation of the CHP is ensured by filling and operating several fermenters at staggered time intervals. The electricity generated is fed into the electrical grid and is remunerated or sold on, subject to the national feed-in tariffs.
Only a small proportion of the excess heat produced is required for operating the plant. The majority of the heat energy generated is utilised externally; for example, it may be fed into a local or district heating grid or used for drying materials.

Alternatively to power generation, the produced biogas can be processed into biomethane. This can then be fed into the natural gas grid or used as vehicle fuel (compressed natural gas). Thereby the generated energy can be stored and used in a wider market.